The International Natural Zeolite Association (INZA) was officially organized in 2005 from the former International Committee on Natural Zeolites (ICNZ). The ICNZ was created as an ad hoc organization at Zeolite ’76, the International Conference on the Occurrence, Properties, and Utilization of Natural Zeolites, held in Tucson, Arizona, June 6-14, 1976. Its stated purpose was and still is to promote and encourage the growing interest in natural zeolite materials throughout the scientific and technical community. In its twenty-eight-year history, ICNZ served as a focal point of worldwide interest in natural zeolites and has been instrumental in the organization of conferences, field trips, symposia, and special sessions at national and international meetings on the subject of natural zeolites. INZA collects no dues; its treasury comes from publication sales, private donations, and funds remaining from conference activities. Membership in INZA is open to any person interested in any aspect of natural zeolites. 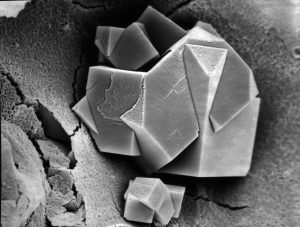 In 1977, the ICNZ played key roles in the development of a short course for the Mineralogical Society of America entitled “Mineralogy and Geology of Natural Zeolites”, and in 1979, a symposium on natural zeolites was held through the efforts of its members at the annual meeting of The Clay Minerals Society (CMS) in Bloomington, Indiana. A similar symposium was held at the annual CMS meeting in Jackson, Mississippi, in 1986. Its members were also instrumental in the production of a special issue of Clays and Clay Minerals devoted to natural zeolites in 1981. ICNZ collaborated with the International Zeolite Association in sponsoring the 5th International Zeolite Conference in 1980 in Naples, Italy, and contributed to the organization of the 6th International Zeolite Conference held in Reno, Nevada, in 1983. Prior to the Reno Conference, Zeo-Trip ’83 was conducted by ICNZ, and a Field Guide was published on important zeolite deposits in Idaho, Oregon, and Nevada.

In 1982, ICNZ sponsored Zeo-Agriculture ’82, a Conference on the Use of Natural Zeolites in Agriculture and Aquaculture, in Rochester, New York. This conference was the first of its kind and brought together agronomists, plant scientists, animal nutritionists, aquaculturalists, and agricultural engineers to discuss the recent efforts being made to increase agricultural productivity through the use of natural zeolites. ICNZ received financial support for this conference from the U.S. Geological Survey, the National Science Foundation, the U.S. Department of Agriculture, and 23 industrial organizations in the United States. 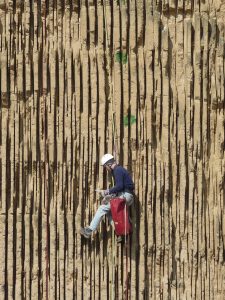 An ICNZ “newsletter” was previously distributed periodically to several hundred scientists and engineers throughout the world who are involved with or interested in the origin, occurrence, properties, and uses of natural zeolites, and the ICNZ and now the INZA web page and an electronic mailing list take the place of the earlier mailed newsletter. INZA will continue to make available books and other materials on natural zeolites to interested parties and will continue to award registration-fee scholarships to students attending zeolite-related conferences. In 1994, ICNZ reprinted Mineralogy and Geology of Natural Zeolites, volume 4 of the Mineralogical Society of America’s series Reviews in Mineralogy, and the out-of-print Zeo-Agriculture: Uses of Natural Zeolites in Agriculture and Aquaculture, both of which are currently available. Under the joint auspices of the ICNZ and the Mineralogical Society of America, a totally new book on natural zeolites was published as a new volume in the Reviews in Mineralogy series in 2002.